Is Your Electric Bill Higher Than Usual?

Concord’s electricity rate payers are seeing higher bills this summer because the unusually hot weather is causing people to use more energy to run their air conditioners, heat pumps, dehumidifiers, pool pumps, fans and more. At the same time the per unit cost of electricity rose with July bills. See below for more information.

Energy prices remain high. European natural gas in particular have risen substantially since July 1st 2022 due in large part to Russian threats to cut off supply. The high prices in Europe and Asia support U.S. natural gas prices because of the U.S.’s ability to export its domestic natural gas in liquefied format on ships.

Electricity prices in the U.S. have likewise risen because many regions rely on natural gas to generate a substantial portion of their electricity. Local distribution companies like CMLP have been forced to raise the price they charge for electricity supply just to cover their cost.

Beginning with July bills, CMLP increased the rate it charges for electricity by $0.05 per kilowatt hour. For a Residential user in the Tier 2 category the rate went from $0.18 to $0.23, a 28% increase. At the same time neighboring utilities have also increased their rates. Eversource increased its Residential rate from $0.24 in June 2022 to $0.32 in July, a 32% increase. 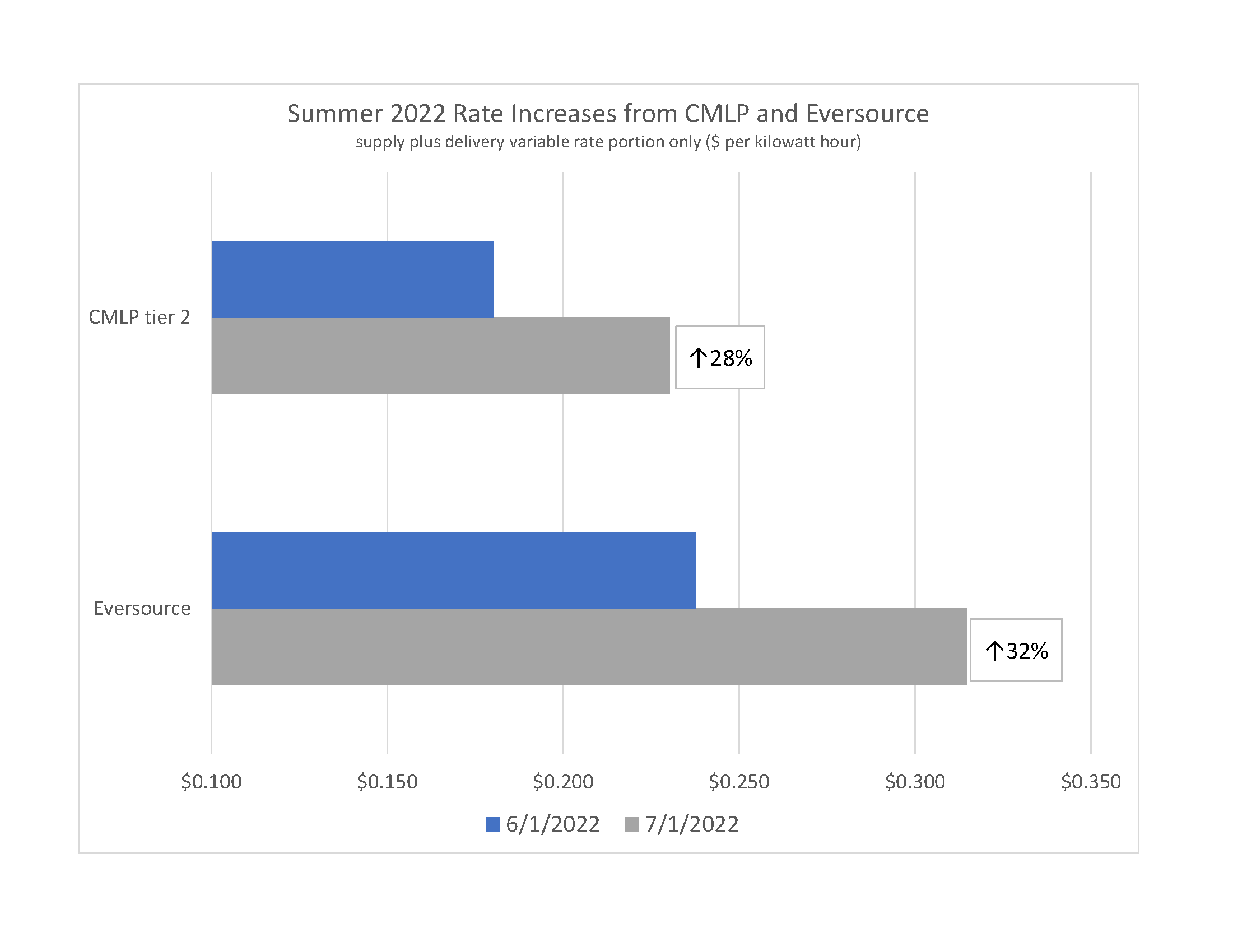 For additional information regarding rising electric rates around New England, see below.